So Jon Blow’s team finally released The Witness, as you might have heard by following any indie game developers on Twitter. Some see it the Best Game Of All Time, others give it 2 out of 5 stars. I will provide my perspective on this interactive experience, one utterly unique because I consider myself a pretentious indie game developer ever since I made a semi-successful Minesweeper clone a while ago.

In the established and constraining industry standard of genre definitions The Witness is a First Person Adventure Puzzler. You can’t shoot, you can’t duck, you can’t jump, and you certainly can’t die.

What prevents it from self-proclaimed “core gamers” instantly dismissing it as a “walking simulator” like Dear Esther is the strong emphasis on 2D puzzle panels that are scattered throughout the deserted island the game takes place on.

Everything starts with video game plot #4: You don’t know who you are, where you are, what you’re doing and why everything is the way it is. At least, there’s not a desperate intro cinematic trying to pass this off as something original. Instead, the game throws you right in; no cutscene, no menu screen, no fuss.

You progress and understand your surroundings by solving the many puzzle panels, trying to make sense of the scenery and architecture of the island. Occasionally you come across audio and video logs of quotes and snippets of notable historical figures. If anybody but Jonathan Blow had made this game, I would consider these messages as a pretentious and desperate attempt at pandering to the elite of arts and culture journalists of the Times, the New Yorker or the Frankfurter Allgemeine; “Notice me! This is art! Look, there’s a quote by Einstein!”. The topics presented there are such abstract and cerebral, that after a couple I gave up trying to understand what was being said and to what they relate. Yes, I am a numb-nut philistine unable to draw the obvious connections between the fate of the island and what’s being mused about on faith, religion and science.

Enough about that. The game is about solving 2D line-tracing puzzles after all. The fun of the game truly lies in figuring out the rules on your own. And yes, that’s all you do. The puzzle design, I have to admit with a heart full of jealousy, is superb. Without an annoying fairy relentlessly explaining and reminding you how each little mechanic works and what you’re supposed to do, The Witness makes sure you grasp what’s going on through its mechanics. You learn as you play by playing. As a designer, I find that refreshingly straight-forward. 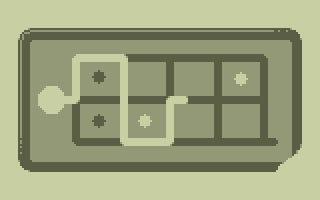 What makes the puzzles so aesthetically pleasing and rewarding is how cleverly they are designed to teach you in their own language. For every new mechanic introduced, there’s a sequence of panels for the player to unlock one after the other. For example, the first puzzle is a no-brainer. The second is easy. The third makes you think a bit. The fourth tests your ability to understand how the new elements can be combined, the fifth proves to you that just a little difference in the previous puzzle’s setup makes it much harder; the sixth puts a twist on things before the eighth tests whether you fully understood the mechanic.

Are the puzzles hard? Yes and no. Usually, there’s only one solution, and you will do fine if you are used to solving logical problems. It helps to be a coder. I even go as far as say that it’s best to think like Jon Blow. If you instead approach problems more creatively, you will have a hard time. Have pencil and paper ready. And an eraser.

It’s possible to get through a couple of puzzles by brute-forcing your way (I know, cause I did), still I urge you not to. Don’t hit the forums when you’re stuck. Try to work it out for yourself and examine your surroundings. Explore the island and try a different challenge. Have a cup of tea and come back later to that hard puzzle. Because nothing beats the rush of endorphins when you finally slice through the one that made you question your sanity.

The Witness is an open-world game in the best sense of the expression. Everything is open from the start (well, almost) and theoretically you could unlock even the hardest doors right from the beginning. You just need to know how the puzzle pieces work together. No need to accumulate arbitrary XP or to fight a boss to get the hook shot at last. Just trace lines on a grid and follow the rules.

The visual style, the overall art design, and the world’s architecture are objectively beautiful and engrossing, inspiring even. Going for a low-poly look and the bold affirmation of colors makes the game stand out of the gritty brown-gray AAA shooters and the dark, pixely indie survival titles. Simply put, the game is beautiful and makes exploring the island a great joy.

In a sense, The Witness is our generation’s Myst, a non-violent game with a silent protagonist solving puzzles on an island. Whereas Myst was at times heavily text-laden and had some unfocused puzzle designs on occasion, The Witness avoids written words wherever it can and lets its mechanics speak for themselves. When the solution to a panel looks like a staircase and concurrently unlocks a flight of stairs next to it, something warm and fuzzy tingles inside my game designer heart because this is just so darn elegant.

Returning to the unspoken questions the game poses, who you are, why you’re there and what’s the island’s deal, I found a perfectly simple (and spoiler-free) explanation for me.

You are playing as Jon Blow in a Being John Malkovich kind of way. You puppeteer him through what he and his team had built. Each and everything made just for you to explore and solve. Patiently Jon watches you fail over and over again; silently he chuckles each time you go “WTF?” with each high-brow audio log you discover. You witness seven years of work as Jon saw everything that he had made, and behold, it was very good.

2 out of 10 stars because there are quite a few panels I can’t solve, so they must be broken. Hence, the game is terribly buggy and apparently not playtested AT ALL!

Just kidding, the game is a marvel. I give it a wiggly line on a grid with a ❖, two ✸ in the middle and a chirping bird.